The costs of a plant based diet

We wanted to address some discussion currently in the media surrounding the cost of following a diet compatible with the vegan philosophy. At some level we all realize that it should cost more to raise animals than a plant. However, things get more complicated when we add various subsidies, economy of scale, and other factors that come and change the playing field. As the availability of plant based alternative grows more competition and economy of scale will kick in to make products more affordable. We should also not confuse organic food for food suitable for a vegan diet since they have nothing to do with each other.

In an effort to crunch the numbers Professor Lusk in his paper entitled "Some Economic Benefits and Costs of Vegetarianism" looked at retail level cost of various food taking into account, processing cost, energy, protein, marketing, etc… and came up in with the following 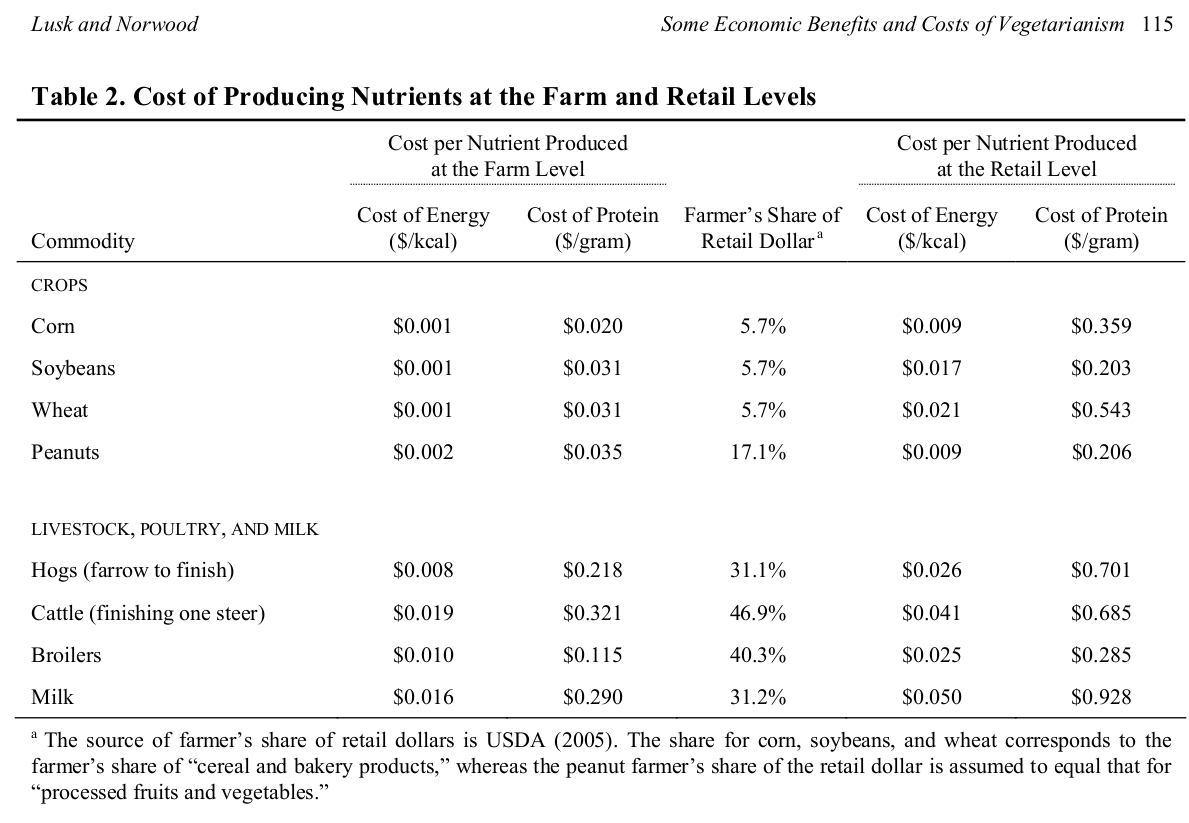 We can see clearly from this table that plant based alternatives provide both a cheaper source of energy and cheaper source of protein than meat based version. These figures can only improve as economy of scale and competition increase. Of course this does not account for taste. Thankfully, the paper did a survey to take this into account 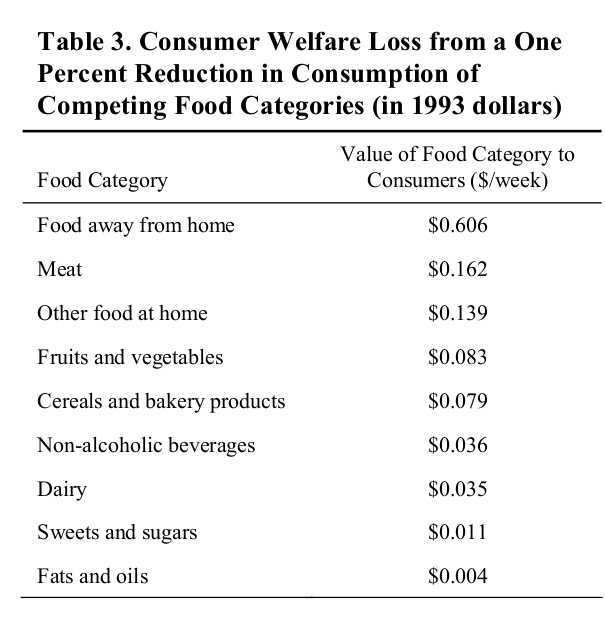 This is certainly something we need to address: The perceived loss of welfare from not having meat. Thankfully, dairy should be easier to address and this seem to be confirmed by sustained lower dairy consumption versus a fairly stable if not increasing overall meat consumption albeit with people moving away from carcinogenic level 1 and 2A substance like processed meat and red meat in favor of chicken.

One might argue that this is all good in theory, but what about in practice? Do everyday people who avoid meat spend less than their counterpart? For an insight into this questions we look into Mr. Lusk more recent paper titled "Some vegetarians spend less money on food, others don't" which he discuss here. Here is a summary of their findings:

“To the extent that self-reported food expenditures are reliably correlated with actual expenditures, true vegetarians spend less money on food than meat eaters and partial vegetarians spend more. Although this result might be used to suggest that meat eaters could replace their meat with vegetables and save around $20 per week in food, this is deceiving. Roughly half of these savings are not due to the change in types of food purchased, but demographic differences. There are certain demographics that one can change in an effort to better mimic true vegetarians. Two of these are body mass index and political attitudes, but although they can be modified by the individual, their impact on food expenditures is small if not zero. The demographic traits that help true vegetarians save money must then reside with more fixed factors like household size, gender, and the like.”

Adjusting for many factors there is still a small saving that can be attributed to diet. Furthermore, the study even recognize that it does not account for all the externalities of animal agriculture like climate change. If we had a perfect polluter payer system there is no doubt that almost everyone on this planet would not be able to afford meat. At the very least it is not possible to conclude that a plant based diet is more expensive than a meat based one. We hope this help address some concern about the cost of a plant based diet. In a further article we will look into another associated critical view of the vegan philosophy which is also discussed often when talking about the cost of a plant based diet and that is the notion of "Vegan privilege".