Despite the floods and wildfires in Europe and the record-shattering heat wave in North America that killed countless animals, we continue to ignore reality and are not taking steps toward preventing further disasters or a full-blown catastrophe.

The leaked IPCC report came at a good time since this important report was scheduled to be released after the COP26 conference, where it is largely seen as the place where empty words must be replaced by concrete actions if we are to have any chance of staying below 1.5 degrees Celsius. It should come as no surprise that the report does not have much good news. Instead, it expands various warnings on climate tipping points.

Climate tipping points are probably the most worrisome element of climate change while being the least talked about because we don’t understand much about them. A dozen climate tipping points are identified in the report, from melting ice sheets that could raise sea levels by 13 meters, to billions of tons of carbon escaping from melting permafrost.

The report goes on to discuss various impacts of temperature increases:

It is a fallacy to think that politicians are leaders—they are simply a mirror of society. However, the combination of our selfishness and politicians wanting to remain in power is a deadly combination, as they simply tell us what we want to hear while we turn a blind eye and go back to our destructive habits.

To show the effect of this deadly combination, we have drawn a graph of the CO2 concentration in the air over the years, alongside all the major climate initiatives where we were comforted by wonderful words:

We chose the CO2 concentration in the air because this does not lie. On the other hand, the emissions figures are voluntarily reported by countries, and even in Canada, the numbers can be at best misleading. However, the planet is never fooled by our empty words, and the CO2 concentration in the air is a good stable indicator that is not subject to tampering, creative mathematics, or politics.

Furthermore, not only is it immune to intentional manipulation but also takes into account all those climate tipping points and everything else that may contribute to emissions that we are unaware of at this time. We have not produced a graph for methane, but the endlessly increasing trend is the same. What’s even worse is the rate of increase in percentage over a 10-year rolling period is also continuously increasing.

If there is one thing that these graphs show it’s that despite all the talk, we aren’t doing anything. It seems foolish to continue this theatre if we have no intention of taking concrete steps forward. We could even argue that it is even more dangerous as it might lull the public into a false sense of security that someone else is handling this problem.

You might be wondering if the pandemic got us to save a lot of emissions. After all, many commitment trackers, including those for Canada and many other countries, show a drop due to COVID-19, which indicates the strength of using CO2 and CH4 air concentration instead of voluntary reporting or policies. NOAA speculates that the small drop in emissions from COVID-19 is most likely balanced out by wildfires, which are for the most part ignored in emissions reported by countries like Canada. This might explain why nationally determined contributions (NDC) are shown to go down after COVID-19 while atmospheric CO2 keeps increasing.

There are a multitude of reasons that got us where we are today, many of them related in one way or another to selfishness and greed. For example, it may be unwise to have oil-producing countries with small populations as part of climate talks, including Canada; their cognitive dissonance might be difficult to overcome, especially when some are intentionally derailing climate talks and saying out loud what most fossil fuel producing countries think in silence: “We are still going to be the last man standing, and every molecule of hydrocarbon will come out.”

For most people living in Canada, the cognitive dissonance surrounding climate change sounds a little like this: It’s unfortunate that some of Africa and Asia will become uninhabitable, but we will be fine and get milder winters as a bonus. However, this year the earth wanted to remind us that nobody will escape the consequences of our actions, and the heat dome on the west coast of North America and the floods in Europe hopefully made it crystal clear that it’s not merely milder winters that we will be getting.

The heat dome that North America experienced cannot be considered a climate tipping point; it is simply a consequence of climate change we had not well understood and not modelled. The fact that any place in Canada could be hotter than most places on earth was not something we thought possible.

It should be a stark warning to North Americans and Europeans that it isn’t only African and Asian countries that will suffer the consequences of our collective foolishness. Of course, it’s not only human animals that suffer; in the last heat dome event near Vancouver, it is estimated that about 1 billion sea animals lost their lives. Some of the life on earth will be able to adapt, but as the IPCC leaked report reminds us:

Life on Earth can recover from a drastic climate shift by evolving into new species and creating new ecosystems […] humans cannot.”

The pandemic was an opportunity for a “green recovery”; trillions of dollars have been spent so far and the total bill is still going up. Unfortunately, all this talk of “green recovery” also ended up being mostly hot air. An economic analysis found that only about 10% of the 17 trillion dollars provided in bailouts by governments was helpful in reducing emissions. However, they also found that 28% had a negative impact on emissions.

Do not get influenced by Canada being in the top 5 for green recovery. This report has many shortcomings, some that come from the nature of our capitalist system, the others simply flaws of the report.

The first one is that, like many other organizations, they do not track only actions after they are done but political promises as well. As we saw in Figure 1, there would be nothing to report on because in reality nothing we have done so far is significant.

The other has to do with the way our economy is structured; in a GDP-focused planet like ours, you get an increase in GDP by polluting and an increase in GDP by cleaning up, when really the pollution should have never happened in the first place. Our current capitalistic system is not able to prioritize this outcome.

An example for Canada that was categorized as a positive impact in the report is the cleanup of orphan wells. The problem of course is this only happened because it is one of the most toxic forms of capitalism: The privatization of profits and the socialization of losses. We should never allow for-profit corporations to destroy the planet and not be responsible for their externalities.

What the report is categorizing as a “positive”, would be like intentionally cutting your leg and spending $100,000 on rehabilitation and calling that increase in health-care spending. It is technically true, but still very foolish and inefficient. Similarly, there is no doubt that the cleanup of orphan wells will reduce emissions, but the tragedy is we got here in the first place. Somehow getting points for foolishness hides a lot of the truth of this “green recovery”.

In addition, as we have mentioned in the past and the graphs show below, Canadians are a cancer to the planet, being one of the worst countries on earth for the number of planets it would take to sustain a world filled with Canadians. We can be grateful that there are less than 40 million of us.

As can be seen in the graph above, only 5 other countries in the world are worse than Canada. If everyone lived like Canadians we would need 5.05 planets; it is deeply shameful. Not only are we barrelling toward a catastrophe but Canadians are in the front seat with other countries of the G-20 making sure we don’t slow down.

We seem to be victims of over optimism instead of presenting the facts. It is not the task of science to make people feel good, but simply to present the fact as they are. There seems to be this view that if we say there is no longer any hope of reaching 1.5 degrees Celsius, then people will simply give up.

Many comments on the current situation overly emphasize the fact that anything is possible, and while that is technically true it can also be misleading. To be clear, rarely is anything 100% certain in science. The only time we will have a good idea if we have succeeded in halving emissions by 2030 is sometime after 2030.

However, recent research has updated the probability calculations to show us that while it is not technically impossible, it is starting to be unlikely. Their updated calculation with current modelling data shows only a 5% chance of staying below 2 degrees Celsius by 2100 and that to achieve a 90% probability of staying below 1.5 degrees Celsius we would need to achieve net-zero emissions by 2023.

To make things worse, those latest simulations do not take into account non-carbon dioxide gases like methane, or climate tipping points since we do not understand them well enough to model them. In addition, while they merely calculate the probabilities, they do not take into consideration how to do this; it should be clear to anyone that while not scientifically 100% impossible, achieving net-zero by 2023 is a task of such complexity that it’s impossible to accurately describe in words. However, the lower we can keep this increase the better it will be for all life on earth.

Our selfishness and cognitive dissonance are simultaneously allowing us to claim that we love our children while continuously taking actions to make their survival more and more difficult. This is not surprising, especially in the day-to-day of an organization like ours.

Cognitive dissonance is pervasive and it is common to find people who claim to love animals while continuously taking part in their killing and exploitation. It also sadly underscores the huge effort that will be necessary to achieve our vision when we are not able to put aside our selfishness long enough to ensure the survival, let alone thriving, of the animals we should care the most about: Our own children.

As mentioned, politicians are not leaders, they are a mirror of society. We should not put our trust in politicians to get us out of this crisis. When we change, politicians will change. Here are things we can do today to reduce our emissions:

Addressing climate change starts with each one of us; do not wait for our governments to magically fix this because they will not do so until they see they won’t lose their jobs by enacting transformative policies because people are already doing them. 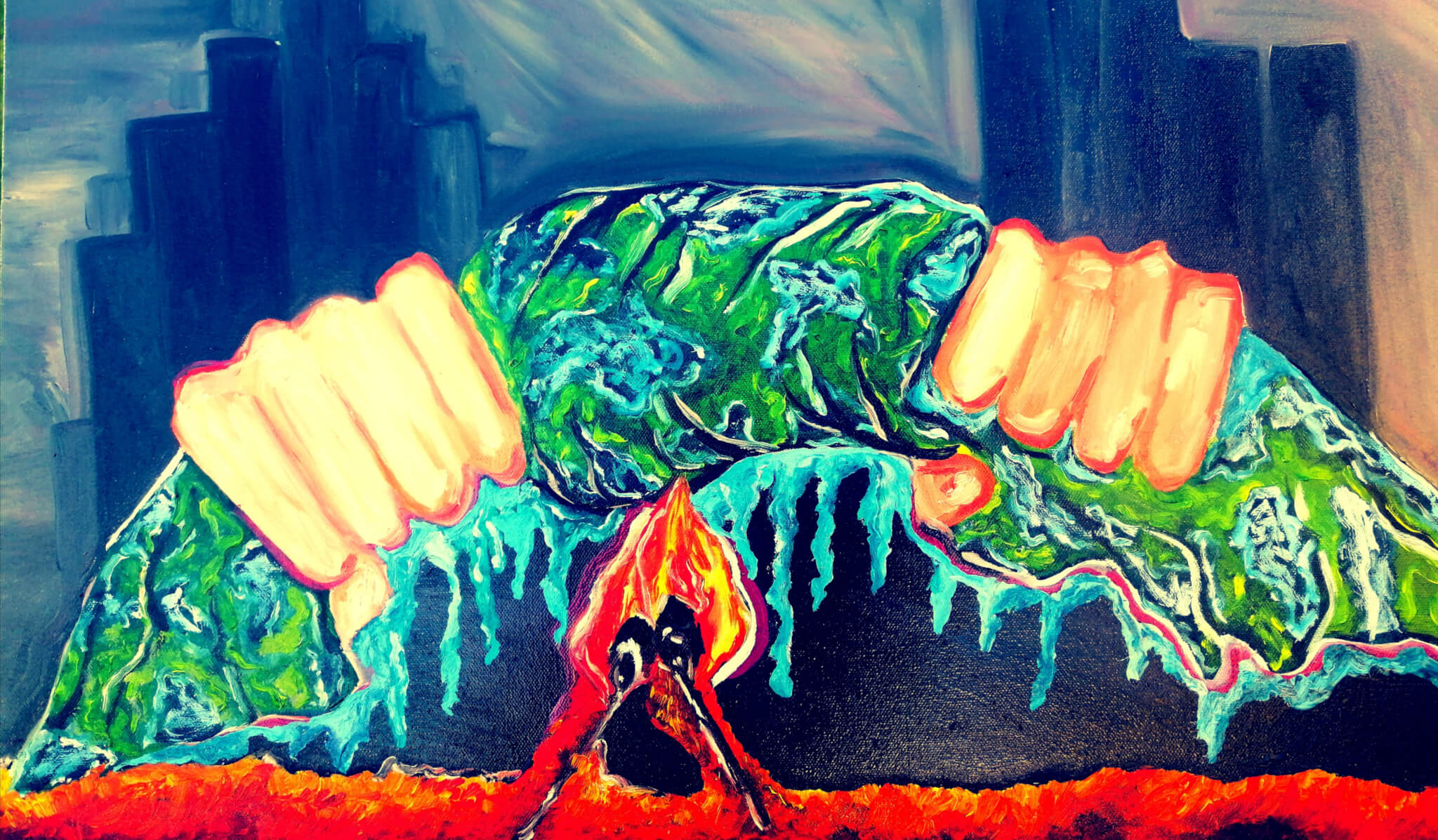 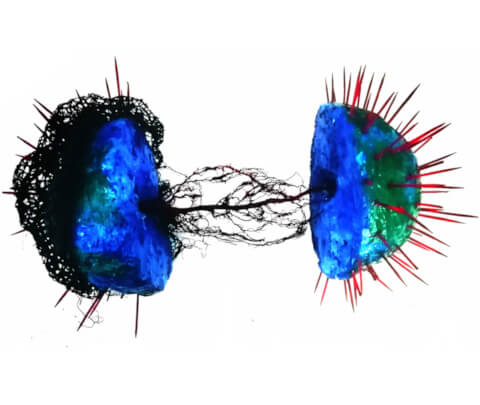 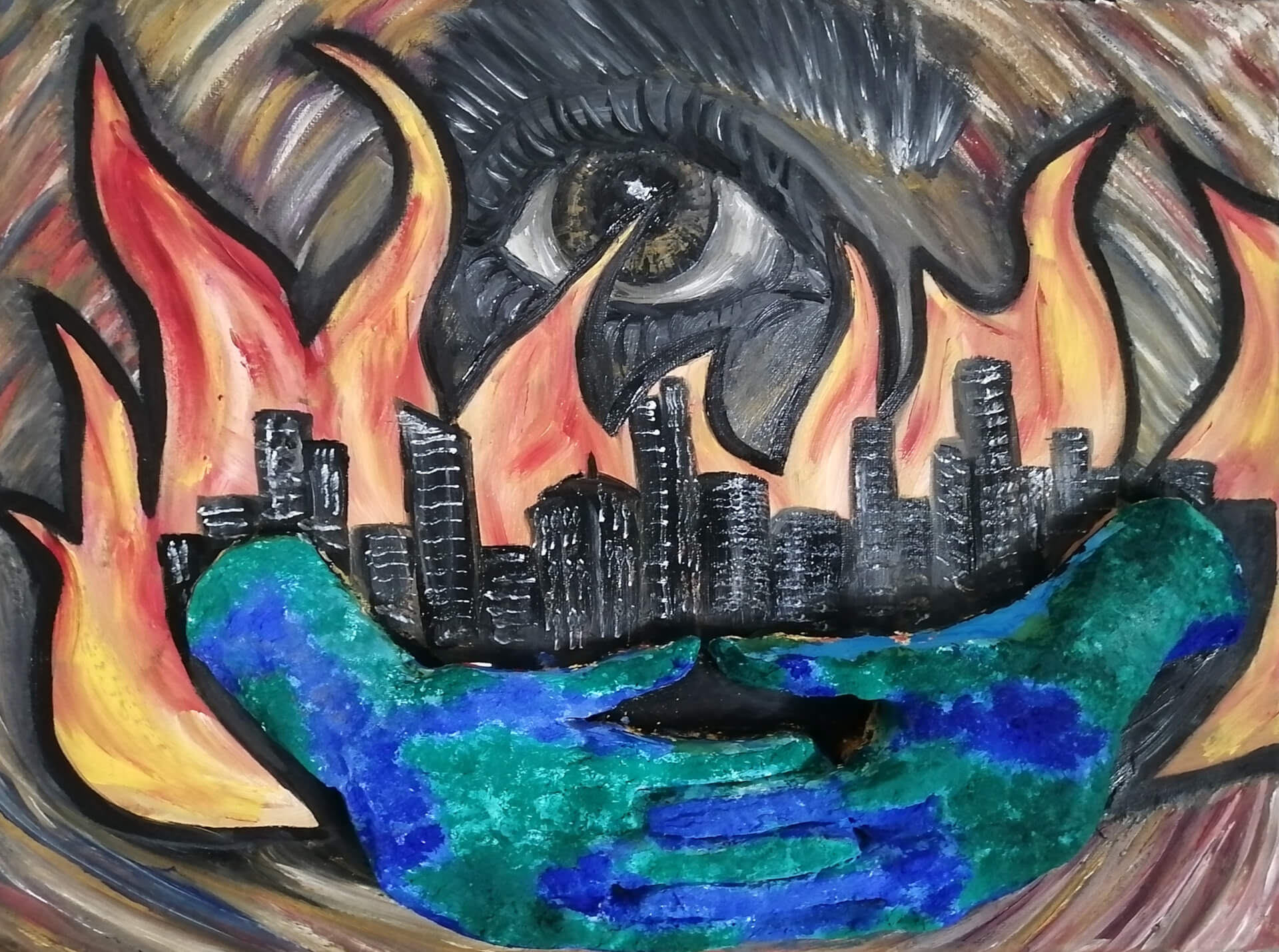